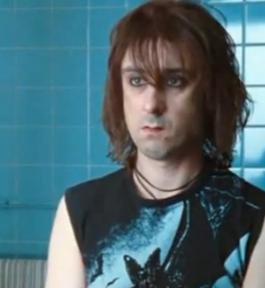 It was the first time in the history of Michael Schenker that singles charted in the U.S.
and a definite first for airplay on MTV. We were the 1st guests on Head Bangers Ball
with Riki Rachtman and our debut record “PERFECT TIMING” had now hit the stores.
I came up with the name "Perfect Timing"with the idea that everything should be in sync.
Release date and time, Tour dates and time etc. all should have a common thread. Michael
and I were flown from Hannover to Cologne on the actual day the trucks would leave the
warehouse with the first shipment. Our flight was delayed into Cologne, so the A&R guy
chartered a helicopter to meet the plane on the tarmac, arranged for us to deplane and
then board the chopper which would take us directly to the warehouse. How on earth he
pulled that off is still a mystery to this day, AND he kept his job???? It was raining quite
heavily as the chopper landed, and the label president and his team came walking across
the wet grass to meet us. Wet grass, chopper blades spinning and whipping the wet grass straight at them was one hell of a sight to see. Michael and I were beside ourselves with laughter! You had to be there!
We toured the US to support the "Perfect Timing" album and opened for band like "RUSH" and "Def Leppard". When  headlining,  "Hurricane" was our opening band, which at the time had Kelly Hansen on lead vocals, who is now with Foreigner and Jay Schellen (Asia and time machine of Raiding the Rock Vault) on drums.I met the woman who would later become my wife Gina in Cologne, Germany while on the "Leppard" tour. She was a rock magazine owner from Austria and interviewed me and Michael. We celebrate 21 years of marriage this October 2014.
The second album was titled “Save Yourself” and contained the power ballad “Anytime”, one of
MSG's biggest hits. We toured with "Great White" in the U.S. and "Whitesnake" in Europe.
The 3rd Studio CD "MSG" would feature James Kottak (Scorpions) and Jeff Pilson
(Dokken/Foreigner). Jeff would also accompany Michael and I on the first leg of "MSG Unplugged"
tour (and was my Best Man). Spencer Sercombe (Shark Island) would take his place for the rest of
the Unplugged World Tour. At the end of seven years as partners in the McAuley Schenker Group,
it was time for both of us to move on.
I was introduced to Frankie Sullivan, guitarist and songwriter from the band Survivor, most commonly known for their hit song “Eye of the Tiger” from the movie “Rocky 3”. Frankie and I hit it off quite well and wrote what would become my solo record together. The “Business As Usual” CD was released in Japan only. When I was in Tokyo, Japan promoting my solo album, I missed the first step of my son Jamie. I was devastated. It was then when I decided to give up music for a while and enjoy my family. I don't regret one minute!
I have to admit I missed singing and recording, not initially, but after a while. Frankie Sullivan, which whom I had loosely in touch called me up and asked me I would join Survivor. We mostly played weekend gig all over the U.S., so my travel was minimal and I still could spend time with my wife and boys. I held the lead vocal position for some 5 years. Sadly Survivor
recently witnessed the passing of the great and unforgettable voice of Jimi Jameson. He shall live
on forever in all of those wonderful songs we have grown to know and love.
Throughout this time I also worked with Edgar Winter re-record "FREE-RIDE", which ran on/off
for 2 years as a CITGO Free Gas TV commercial and well as the Free Fries Day for Burger King. I
also sang on the Doritos/Guitar Hero TV commercial which ran on English television. What a hoot
that was. I recorded several tribute records to Aerosmith, Kiss, AC/DC, Queen, Iron Maiden and
Garth Brooks. I also recorded a song which was commissioned by Pope John Paul II to which the
Pope himself wrote the lyrics. I always wanted to do a  Christmas album and the Northern Lights
Orchestra made that possible. I sang on both Christmas CD's, which to date have sold over 200
Million copies worldwide!
I guess you could say eventually all things come full circle. It was certainly true when I was approached by Michael Schenker in 2012 to join him for his US and Canada Temple of Rock Tour. Many fans believed this to be a reunion, but I had another Temple in mind -  a Mayan one! 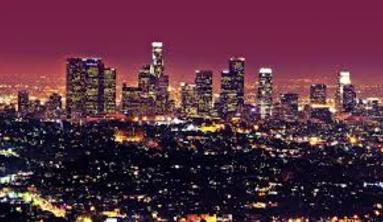