After completing Technical College in Dunshaughling, I started an Apprenticeship in cabinetmaking. The little shop I worked in produced hand made period reproduction furniture such as Queen Anne, Chippendale (not the dancing kind, lol), Regency, etc. At this time, I was legally allowed in the Pubs I played drums at and had managed to accumulate a small following. Wanting to see a bit of the world, I visited some friends in Amsterdam, Holland, when I was 20. On my way home I stopped in London, England to visit my sister Margo, who had moved there years before. I never made it back to Ireland and so began a new phase in my life. England here I come!!!!

I always remember the water being icy cold. Even in the summer. We didn't have running water in our little council house in Tara, Co. Meath, Ireland, where I was born. We had a well outside our house and if you wanted water, you had to get it. If you wanted hot water,

you had to heat it on the turf fire stove first. The little house really wasn't big enough for my

parents Robert and Elizabeth and my 4 brothers and 5 sisters. We had a goat, chickens

and grew our own vegetables, and while we didn't have a lot, we never wanted for anything.

My parents worked hard and as you can imagine, there was never a dull moment with a

rowdy bunch of that many kids. My Father Robert, aka Bob, was a soldier and later became

a Stud Groom in Killeen Castle, home to Lord Fingal, one of the many stables that

surrounded us, where he brought many Irish purebreds into this world. I would sometimes go with him and watch over the horses. My Mother Elizabeth, aka Betty or Lizzy, was a great Accordion Player and incredible Mother to us. 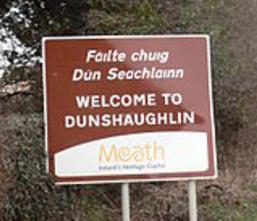 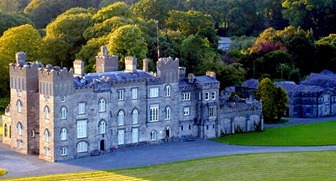 I started playing drums at nine (9) years of age and joined a local band. We performed at many of the local dance halls and also in Dublin City. My younger Brother Packey (Patrick) helped out at the local Pub and later became a Bartender. He was never shy to start a fight while I was playing. We would just pick up the tempo to aid them along and dodge any flying objects. I sang background vocals but had no interest in performing as a front man.

Swans Pub, a local hang out where I played and my brother bar-tended. 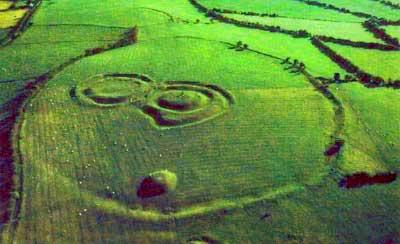