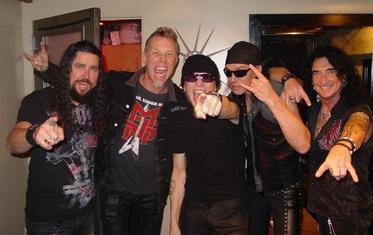 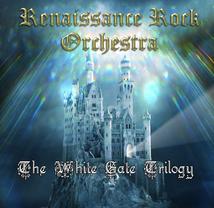 The Renaissance Rock Orchestra is a classical progressive rock group. Our music blends classical, orchestral, symphonic and progressive elements into hard rock and heavy metal!
The CD was recorded at the Tone Factory in Las Vegas. It is mostly instrumental, EXCEPT for one song. Robin's voice was our only wish...and he killed it! It is definitely the highlight of the CD. It was an honor working with him. Completely prepared and professional ... he took the song to a whole other level. Currently it is getting airplay around the world. The work is a few years in the making .... but finally released! Written and produced by Gregg Fox, produced and engineered by Vinny Castaldo ... I performed the bass tracks and some guitar, as well as co-produced.
That session was definitely a big highlight in my career!
Much Love and Peace ...  Mikey "Bones" Gerbino